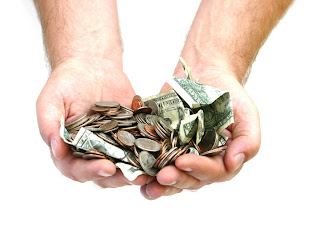 The Dish: We are Savvy Vegans–we buy in bulk, we wait for sales, we DIY, and we are most definitely familiar with the coupon. With the onslaught of group-based coupons out there (Groupon, Living Social, Scout Mob, and roughly one bazillion others), it's never been easier to save 40 percent on a CSA basket or 65 percent on a haircut at a salon we'd otherwise never afford. But what happens with your daily coupon is to a steakhouse, or that salon uses products that are tested on animals? A major bummer, that's what. Luckily for us, many vegan- and vegetarian-friendly deal sites are popping up, saving us cash on cookbooks and dough on (vegetarian) dim sum. Make sure to subscribe to these five deal-givers to save on every aspect of your life (not to mention upcoming holiday gifts)!

1. Time to Veg Out. This just-launched deal site is pretty much the vegan version of Groupon. Featuring both nationwide and location-based deals (the site currently covers towns like New York City, Los Angeles, San Francisco, and Chicago, with more cities to come), it's a great way to save. The site is still getting started, but we can't wait to see more.
2. Vegan Cuts. "Shop Vegan. Save Money. Save Animals." Is there anything better than that? Not really. Vegan Cuts helps you save on cookbooks, skincare, jewelry, purses, and basically everything else you'd ever need. (Tofu presses! Energy bars!)
3. Daily Gourmet. If you're obsessed with food, this is the deal site for you. While not 100-percent vegan, Daily Gourmet lets you choose what kind of deals you want to get in your inbox, including vegan, gluten-free, and kosher items (and nut-free, and soy-free…). The site's first offer was a dozen Cinnaholic buns. If that's not reason enough to sign up, I don't know what is.
4. Vegan Coupons. If you're on Facebook 24-7 like we are (side note: like us on FB!), you'll love getting Vegan Coupons on your news feed. Offering printable coupons on everything from cookbooks to loaves of bread, Vegan Coupons will help you out in all your spending endeavors. And don't forget to follow Vegan Coupons' sister site, Vegan Deals, on Twitter (not to mention VegNews on Twitter!).
5. Deals on Twitter. From free Rice Dream to natural foods discounts, Twitter is a great place to save serious cash. It's so effective, in fact, that we wrote a whole post about vegan coupons, tweeted. Click and save!

The Final Word: In this day and age, paying full price gets to be as infrequent as eating a bad slice of vegan pizza* and we couldn't be happier. Sign up, follow, and check these sites to save serious money and enjoy some really awesome vegan stuff. Do you know of other great money-saving coupon sites for vegans? Let us know in the comments!

*Just kidding. It is scientifically impossible to eat a bad slice of vegan pizza. Trust me. I'm a professional.
Posted by VegNews Magazine at 9:15 AM